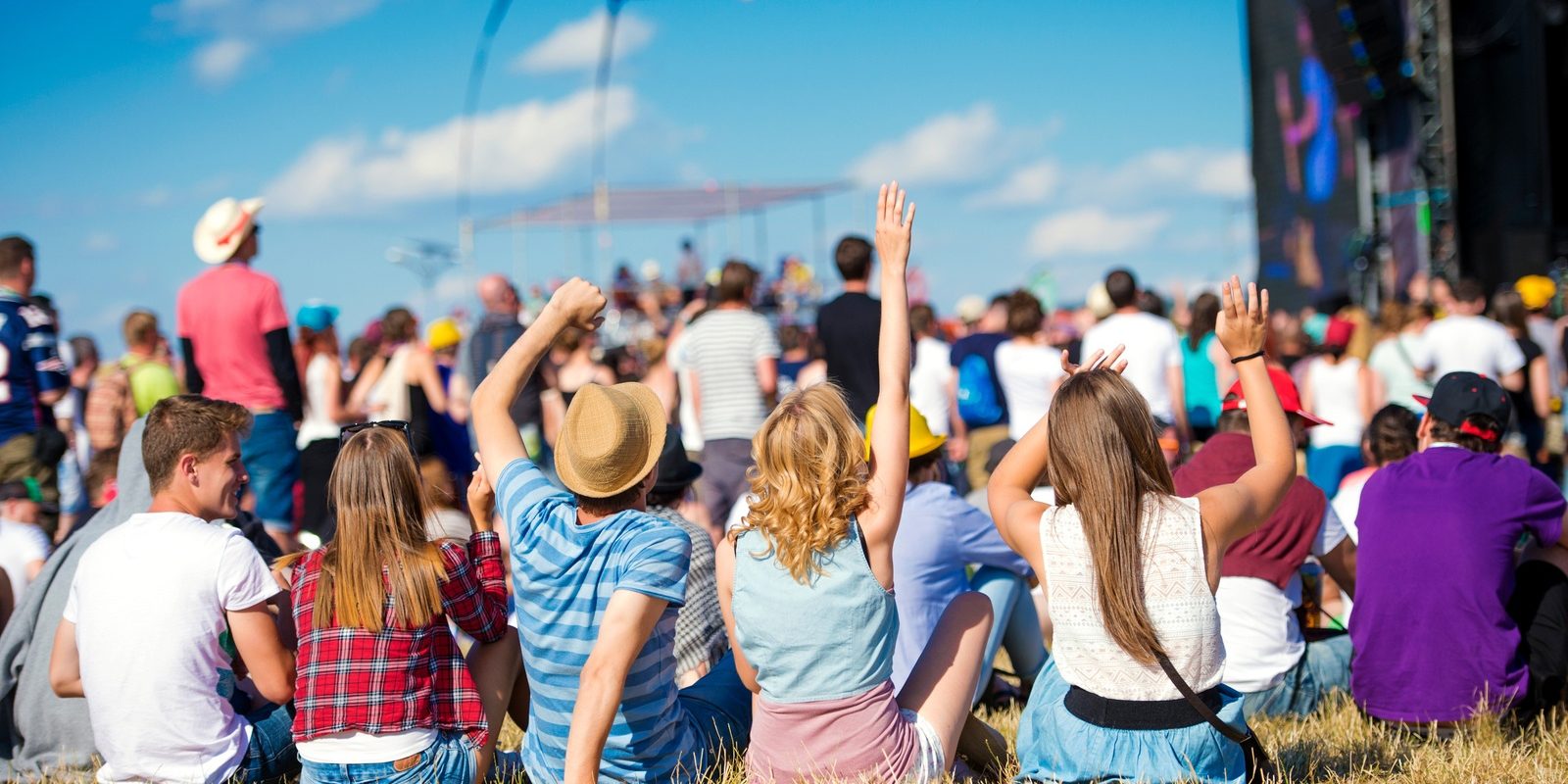 The “Magic Summer” International Festival is considered a significant landmark for classical music in Europe. Its 8th edition will take place from 10th of July to 21st of August 2019 at the Romanian Athenaeum. This year, the event is dedicated to the 560 years of documentary attestation of Bucharest and 360 years since it became the capital ofWallachia.

The Aloha Festival will take place on Aza Beach in Mamaia from July 26th-27th, 2019. It will be an unforgettable event of this summer, offering two fun nights together with artists who broke the national charts and also two international DJs.

The Saturday X3 Festival, a sports and musical event, takes place July 26th-28th, at the foot of the Fagaras mountains, in the Ielelor Garden in Sâmbăta de Sus, halfway between Sibiu and Brasov. It is intended for everyone regardless of age, profession, belief or physical training, a place where professional athletes compete for personal records and amateurs compete to overcome their own limits. Also, their supporters will have a fun weekend.

The Creative Fest is the largest art and urban culture festival in Romania, organized annually by the City Hall of Bucharest. Three days of concerts, urban art, graffiti demonstrations, skateboard and bike acrobatics, a gourmet dining area, and a chill out space. The event will take place at Romexpo during July 26th-28th. Most importantly, the entrance is free.

The Big Picnic ShortsUP explores the outdoor and even indoor nature, gathers friends, family, children and puppies. Among the activities that will delight the audience are included: short film, art & installation, music, nature & exploration, gourmet, health and sports, guided tour of Mogosoaia Palace and surroundings, family workshops, hoola hoops and a reading corner. It will take place between July 26th-29th 2019 at the Mogosoaia Domain.

The ARTmania Festival will be held from 26th to 27th of July 2019, in the Great Square of the medieval fortress of Sibiu. It invites rock / metal bands to play and, apart from live performances, it also features other events such as visual art exhibitions, screenings, lectures and workshops.

Every year early August, Rasnov becomes the rock capital of Romania. In 2019, Rockstadt Extreme Fest, one of the most important metal events in South East Europe will have its 7th edition on the same Grounds of Transylvania, between 1st and 4th of August 2019.

Untold Festival is the largest music festival in Romania. It takes place every year on Cluj Arena in Cluj Napoca. The 5th edition will be held from August 1st-4th, 2019. Among the first artists announced as participants in the event are Martin Garrix, David Guetta, Bastille, James Arthur, Dimitri Vegas & Like Mike, Timmy Trumpet, Boris Brejcha, Robbie Williams and Tale Of Us.

Out Of Doors Fest is a rock music festival for young people, attended by all music consumers from the youngest to the oldest. The seventh edition will take place from 1st-4th of August 2019. The venue is White Horse Rock’n Roll Costineşti.

The Armenian Street Festival has become over the years the most representative event organized by the Armenian community in Bucharest, a community that opens its doors to the public of Bucharest and presents its culture, traditions and history, combining tradition with modernity. It will take place between 2nd and 4th August 2019, on Strada Armenească in Bucharest.

The Revolution Festival is a Romanian music festival, bringing over 300 artists to the grounds of the Bănățean Village Museum. Spread over seven stages, the festival showcases artists from a variety of genres, with its last lineup including Rudimental, Sigala and Dubfire. It will take place at the Silvic High School in Timişoara from 8th-10th August 2019.

Sunset Festival is an urban festival on the beach in Vama Veche. Over the course of the three days, the Sunset Festival brings exceptional musical diversity, as well as fun and relaxing moments. It will take place between 8th-10th of August.

The Kult Fest is about a beautiful world and the joy of being together and having fun in a fabulous space where happiness and freedom will be the head of the poster. It will take place from 9th-11th of August at the “Moldova” Stadium in Roman.

Summer Spell is the meeting point for freedom, adventure and friendship, music, dance, a general state of well being, a complete experience of discovery and a relaxing journey. The festival will be held from 9th-10th of August at the Imperial Ballroom, Podari (Dolj).

A festival like a holiday, the most important alternative music festival in Romania, Summer Well Festival will take place on the 10th and 11th of August 2019, at Domeniul Stirbey, Buftea (near Bucharest, Romania).

Water Music Festival is a Music and Water Sports Festival. The second edition proposes this year a line-up and some interesting opportunities for spending the summer holidays. It will take place between 12th and 18th of August at the Lake Izvorul Muntelui, Bicaz.

Folk Rock Fest is a rock, alternative rock, indie and folk rock festival with three days dedicated to those who want to get the experience of a national park and also participate at concerts and outdoor parties. It will be held from 15th to 17th of August 2019 at the Piatra Craiului National Park in Zarnesti.

Smida Jazz is a festival dedicated to avant-garde jazz taking place in the picturesque village of Smida (Belis, Cluj county – in the middle of the Apuseni Natural Park). This year it will take place between 15th and 17th of August 2019.

Awake Festival is the most important boutique festival in Romania and the most anticipated event right in the middle of Ardeal.  Whimsical, creative, authentic, intimate, vibrant, neo-bohemian, Awake Festival will take place between August 15th-18th, 2019, on the Teleki domain in the village of Gorneşti.

The Living Rock Festival will take place from August 15th-18th, 2019, on Tuzla Beach. “Living Rock” puts music first and delights the audience for four days on one of the most beautiful beaches in Romania.

Folk Fest Remember Costineşti is a folk music and complementary arts festival already in its third edition. The event will take place from 17 to 18 August 2019 at the Costinesti Summer Theater.

The Golden Deer International Festival debuted in 1968 at the Dramatic Theater in Brasov. It will bring together with its competitors top artists from all over the world, and the organizers will prepare more surprises for the public, which will be revealed as the date of the event approaches. It will take place between August 22nd-25th, 2019 in the Council Square, Brasov.

AFTERHILLS is a crossover music festival in Dobrovăț, Iași, România. It will take place from 23rd of August to 1st of September in a new location – Dobovăţ, in Iaşi, over the course of two weeks: 23rd-25th of August, when live artists and bands will perform and 30th – 1st of September, dedicated to young trap, EDM and trance lovers. 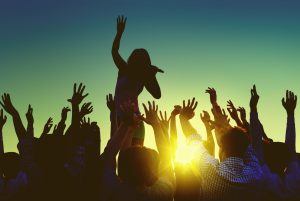 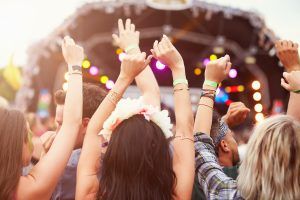 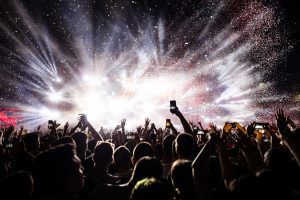