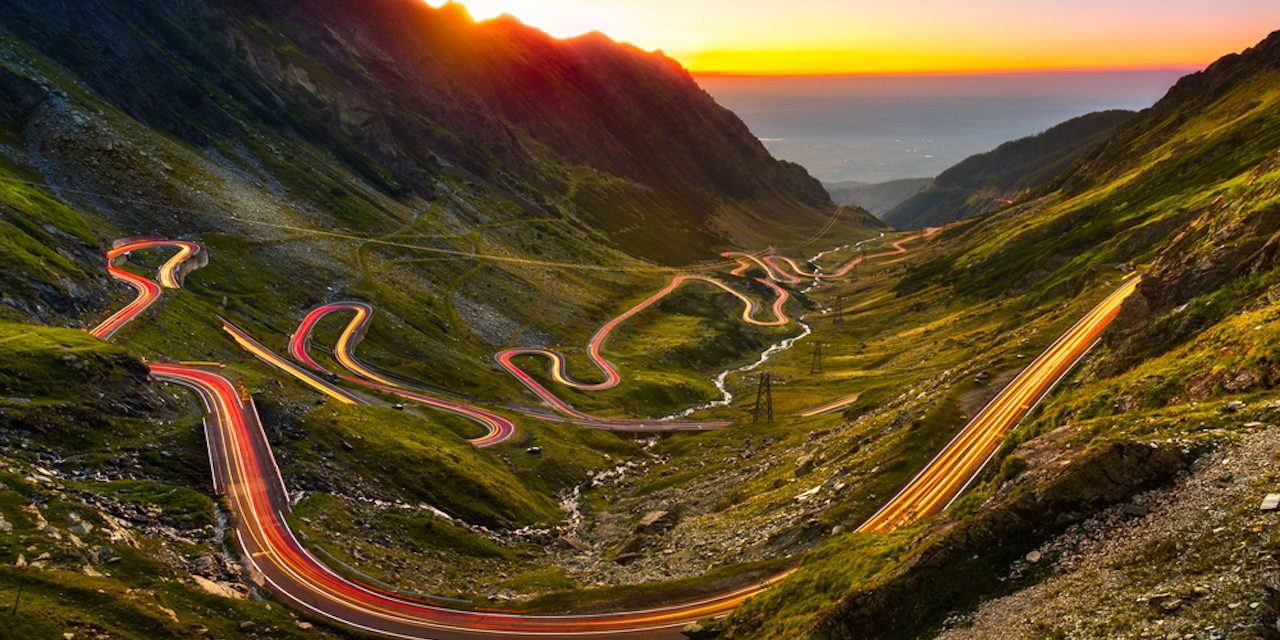 Transfagarasan is the road situated at the highest altitude in Romania, climbing up to 2042 m. Located on National Road 7C, crosses the highest mountain range in our country, Fagaras Mountains and links Transylvania to Muntenia.

The Poenari Fortress, one of the most mysterious and interesting places in Romania, placed in a fabulous natural setting, for whose beauty you have to put a little effort. Which you will not regret.

History of the Poenari Fortress begins with Negru Voda, the voivode who built a tower in the 13th century, in the desire to extend a defense plan to the north of Wallachia. In 1456, Vlad the Impaler finds the place and decides that such a good location deserves better exploitation, so he builds four more towers, joined by solid brick walls, settling here his second residence, after Targoviste.

On the initiative of King Carol I Peles Castle was built to serve as a summer residence, invested with political, cultural and symbolic functions.

After 1914, Peleş Castle continued to perform its function of representation and museum but did not live for 6 months a year, as the founding sovereign used.

The most important event organized in Sinaia and hosted by Peles Castle until King Mihai’s abdication in December 1947 was connected with the celebration of the castle half-century in 1933 by King Carol II.

Most of the collections of paintings, furniture, textiles, decorative art pieces, and books were transferred to the Art Museum in the capital.

Bran Castle is a historical and architectural monument located in Bran-Rucar Pass, 30 kilometers from Brasov.

At present, the collections of furniture, suits, weapons, and armor are exhibited in the four-story museum, and the Bran Bran also includes the Royal Park with its two lakes, the Tea House, the Administrator’s House, and the Princess’s House Ileana.

Initially, Bran Castle was a military defense fortress based on the shape of an irregular quadrilateral.

The fortress was transformed into a royal residence in 1920, with Queen Mary’s ownership, and the most important restoration works were carried out between 1920 and 1929.

A bit about Brasov

The Black Church is the largest sacral structure in Romania, the largest church-hall at the East of Vienna and one of the largest medieval worship centers from St. Stephen’s Cathedral in Vienna to Hagia Sophia in Constantinople.

Council Square was in the past the place where trade fairs were held with merchants from all the nearby regions. Throughout the centuries the appearance of this place has changed and the surrounding buildings have found various uses.

House Hirscher was completed in 1545. The house is built in the style of Western halls, with many vaulted rooms and cellars, especially for the goods brought to the weekly fairs.

Other places to visit

Situated in the heart of Transylvania, 120 kilometers from Brasov, 95 kilometers from Sibiu and 55 from Targu-Mures, the medieval fortress of Sighisoara is historically linked by Vlad the Impaler’s father, Vlad Dracul, who lived in the fortress.

In 2007, Sibiu was, together with Luxembourg, the European Capital of Culture is the first Eastern European city to receive this title. As a fortress, Sibiu proved to be invincible to the Ottomans and has gone through numerous military conflicts.

The recreational area between Avrig and Poiana Neamţului, stretched along the Avrig River, is a particularly picturesque area where many holiday homes have been built in recent years. In the middle of this valley is Ghiocelul Chalet with accommodation and dining facilities, and at the end point, at 14 km from Avrig is Poiana Neamtului Chalet, at an altitude of 750 m, are created here accommodation and dining.

The Fagaras Mountains are a mountainous massif that is part of the Southern Carpathians, where the highest mountain peak in Romania is located, Moldoveanu peak 2,544 meters.

Lake Balea is a glacier lake. It is formed in the glacier circus. The lake is situated at an altitude of 2034 m, in the Fagaras Mountains, Sibiu County.

Lake Vidraru is an accumulation lake made in 1965 by the Vidraru Dam in Arges, on the Arges River, for the production of electricity, irrigation and flood prevention. Also, the lake and adjacent facilities are used for recreation, tourism, and sports.

The construction lasted five and a half years starting in 1960. At the time of finishing, this was measured at a height of approximately 8th in Europe and the 20th in the world.