Top 6 places to visit in Romania 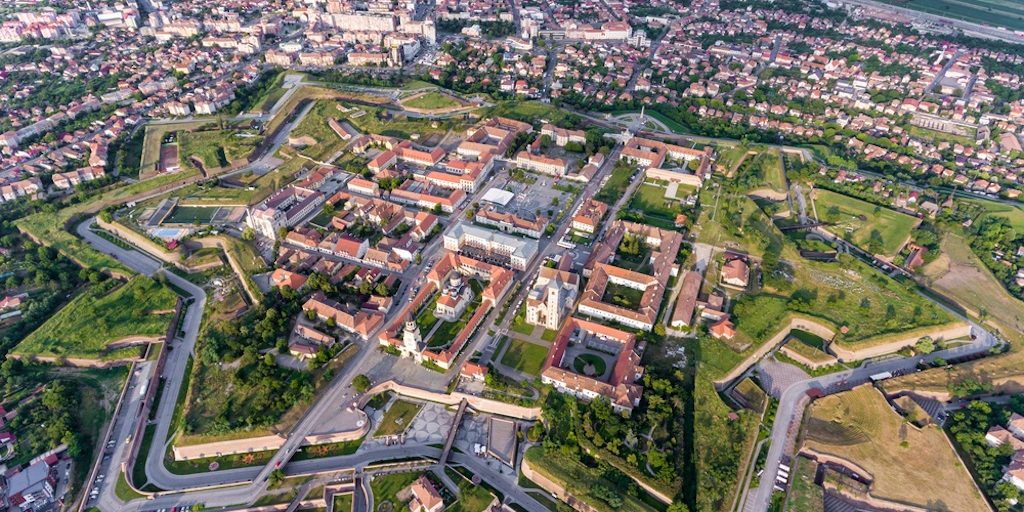 Have you considered visiting Romania? One thing is certain: this country has many beautiful places not to be missed. Whether you want to spend a week or just a couple of days, you will have a great holiday. Special tours are laid on for visitors and you can pack a lot of sightseeing into your trip to Romania. You can build an awesome itinerary and hit all the top things to do.

To provide you with some destination ideas the next time you book a trip, here are 6 awesome places to visit in Romania. If you are the kind of person who loves discovering new places, you should consider them. Fuel your travel passion with a few helpful tips!

Alba Carolina Fortress, located in Alba Iulia, is a 7 pointed star-shaped bastion fortification, which was built at the beginning of the 18th century. The works began in 1715 and ended 24 years later.

It was built for defensive purposes, since the region was under the threat of an Ottoman invasion.

The citadel became the second most visited tourist destination in Romania in 2015, after Peles Castle (according to TripAdvisor). No wonder! You can discover amazing attractions between its walls: Saint Michael’s Cathedral, the Union Hall, the impressive National Union Museum, the Horea, Closca and Crisan Obelisk located on Michael the Brave Street. In addition, you will have the chance to do a lot of sightseeing, Alba Carolina is the biggest Vauban type citadel in Romania, with a surface area of more than 70 hectares.

Turda Salt Mine is really spectacular. Its architecture reminds of science-fiction movies. The slat mine was designated by the prestigious Business Insider as the most beautiful place in the underground world.

More than 500,000 tourists visited the Turda Salt Mine in 2015, a significant percentage (30%) coming from abroad. The history of the place is very old, the mine being first mentioned in 1075. However, salt explorations were started by the Austrians in the 18th century.

Salt extractions stopped in the 1930s, following the bankruptcy of the company that administrated the mine. Subsequently, the mine was turned into a warehouse, anti-aircraft shelter and finally became a salt mine.

Renovation and modernization works were undertaken between 2008-2010 and the mine was reopened to the public in 2010 after an investment of almost 6 million euros. The main attractions are: a modern amphitheatre for musical concerts, a sports ground, a mini-golf ground, a bowling alley. A boat ride on an underground lake can be a unique experience: there is a pier where boats can be hired.

Built for prince Gheorghe Grigore Cantacuzino, this magnificent palace in Busteni was designed in French Baroque (Art Nouveau style) in 1911. The castle was the property of Cantacuzino family, until the nationalization of the construction in 1948. The building served as a sanatorium during the communist era and was opened to the public in 2010. Today it houses the The National Museum George Enescu.

The Cantacuzino Palace is surrounded by a park with alleys that lead to a beautiful grotto and artisanal fountains. In the reception hall there is a collection of heraldry symbols, unique in Romania, representing the blazons of the boyar families.

The Comana Natural Park is located in the administrative territory of Giurgiu County. It is a natural area protected by government since 2004. You must visit this paradise of nature at least once in your life. It is the largest nature reserve in south Romania, stretching on 25,000 hectares, with several ecosystems (lakes, swamps, forests, meadows).

Comana Natural Park is well known for its delta, home for many species of animals and plants, being considered the second largest Delta of Romania, after the Danube Delta.

What you can do in Comana Natural Park? It is the perfect place to relax and another Bucharest getaway destination. You can ride the bike (the park has a bike trail in the forest) or have fun in the adventure park. You can even stay overnight and spend more time doing sightseeing in the surroundings.

An incredible beautiful lake, located at the foot of the Hasmasu Mare mountain, near the Bicaz Gorges in Harghita County. It is also known as Killer Lake. The red color of the water comes from the red layers containing oxides and iron hydroxides. The Red Creek passes through these layers and deposits the reddish alluviums into the lake.

There is also a legend behind the lake’s name. It is said that a landfall destroyed the nearby village, killing most of the inhabitants. There was so much blood in the water from the victims that the lake turned red. Hence the name of Red Lake or Killer Lake.

In fact, the lake was formed following an earthquake in 1838 when a slope of Mount Ghilcos collapsed. It is the largest of its kind in Romania and its surroundings are of rare beauty. Moreover, a special microclimate exists here, perfect for treating various medical conditions such as insomnia, fatigue, asthenia.

Only 10 km away from the city of Hateg, Densus Church is one of the most beautiful churches in Romania and, at the same time, one of the oldest. If not, according to some sources, the oldest stone church in the country! Some go further, saying it would be the oldest in the world.

That’s because the history of the Densus church is shrouded in mystery. 4th century? 6th century? 9th century? Year 1280? 16th century? All of these variants are plausible. It is certain that the first mention of the church appears on 2 June 1360, when it is spoken about the priest Dalc and the Manjina family.