The main tourist attractions in Bucovina 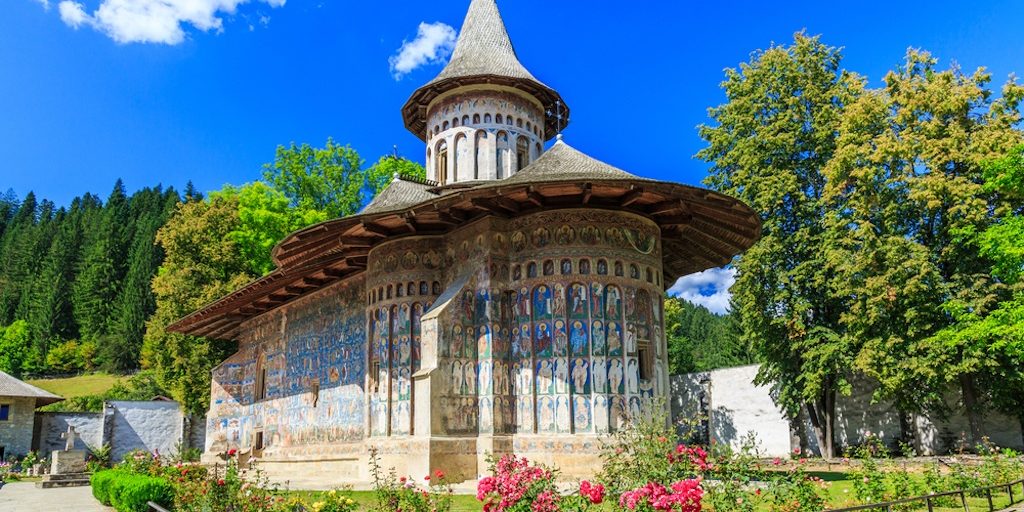 The Bucovina Historical Region (“Buchenland”, “the Begonia Country”), which became the Duchy of Bucovina in the Austro-Hungarian Empire, comprises a territory covering today the area adjacent to the cities of Suceava, Campulung Moldovenesc, Radauti, Siret and Vicovu de Sus from Romania, as well and Chernivtsi and Storojinit of Ukraine.

The historical territory, precisely defined, is not related to the general denomination “northern Moldova” adopted by the vulgar. Bucovina is a tourist area that has an interesting history and many places to visit that mark any person who sees her beauties.

The Sucevita Monastery is a historical monument of our country, dating back to the end of the 16th century. Situated in the Sucevita village, southwest of Radauti, the monastery honors Suceava, an important economic center of Romania, and a crossroads of roads.

Did you know that a woman from the place offered to help raise the monastery, carrying a stone that was necessary for the building with her coach, and that she had done this for 30 years!

There is no reason why the woman had imposed such a harsh burden, but only the desire to be buried in the church. This honor was not given to her, but in order that his memory and the godliness of the sacrifice should not be wiped off, the woman’s face was carved in the rock on the bell tower.

At first, a modest monastery, whose abbot was its founder, Gheorghe Movila, Sucevita, was built at the expense of the whole family, and later became a true emblem of Moviley boyars.
If you go to Bucovina you must see Sucevita Monastery and you will be very happy because you will learn a lot of information about peoples and places.

Marginea commune is located in the northern part of Suceava County. It is situated in the vicinity of Radauti, at a distance of 8 km, 15 km from Solca and 48 km from Suceava. The commune has a form of a triangle, oriented towards the west-east, on both sides of the Sucevita river, at an average altitude of 450m.

Marginea commune is a renowned folk art center, known especially for its black ceramics. The skill of pottery has old traditions in the locality. Here manually mold clayey clay to make home-cooked dishes for cooking or processing milk and various other ornamental shapes.

The ceramics produced here are uniquely international in black color as a result of combustion, as well as in the shaping of specific traditional forms. In the locality, there are also now houses for a living, which preserves an architecture with a history of more than 100 years.

In the center of a village located at the foot of the Carpathians, on the sober green pool of the fir forest, stands a simple church with the exterior walls decorated in frescoes – Voronet Monastery.

Voronet Monastery Church is the foundation of the glorious voivode Stefan the Great and Holy, built in 1488 in only three months and three weeks (26 May to 14 September).

The Voronet Monastery was built on the site of a wooden church. When the construction end, Stefan the Great gave the monastery by the act of August 17, 1488, the estate of Ştilbicani. With the completion of the construction, the church took over the old patronage of the “Holy and Great Great Gheorghie Bearer.

Moldovita Monastery should not be missed by tourists who want to visit the beautiful monasteries of Bucovina. The place of worship is located in the north of Suceava County and is visited annually by hundreds of thousands of Romanian or foreign tourists.
Hikers are curious to admire in this place, full of history, especially the special paintings, kept in good conditions. Also, the scenic landscapes and the scenic view are another reason why the tourists visit Moldoviţa Monastery.
The monastery was built near the border with Ukraine in Vatra Moldovitei and remained for hundreds of years on the Moldavian plains.

These are the four places you must see if you want to visit and have beautiful memories in Bucovina. Do not miss these locations!