Sibiu – a city full of surprises 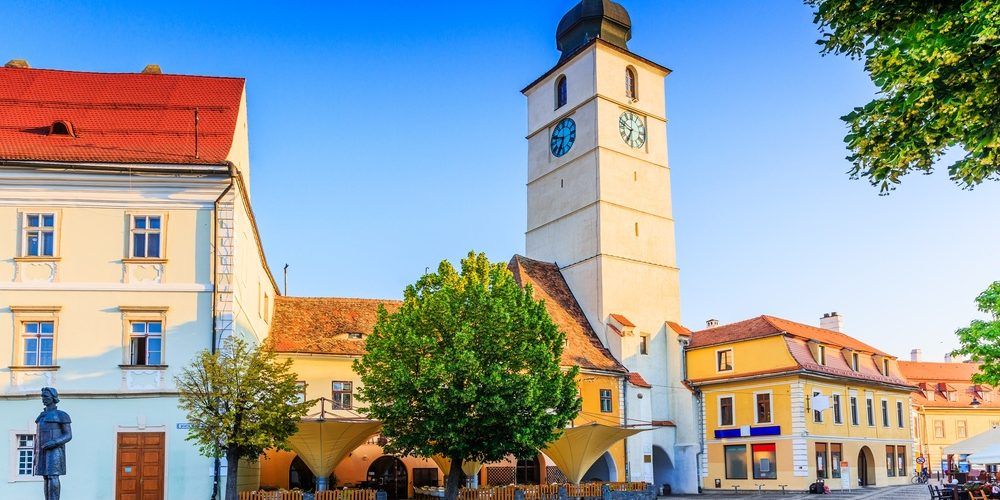 Sibiu is full of tourist attractions and places to visit, most of which are concentrated in the historical center of the city and around it.

So you do not need any means of transport, but you can walk all the way down and breathe the medieval air that will envelop you after the first steps. I will present to you a few tourist attractions you will meet.

On your way to Sibiu, you should make a stop at Calimanesti, at Cozia Monastery.

Cozia Monastery is a medieval monastic complex, located in the city of Calimanesti, on the bank of the Olt River. It was sanctified on 18 May 1388.

The upper part of the window frames, the rosettes above them and the painting from the narthex date back to the time of Mircea the Elder.

The Great Square in Sibiu

The Great Square in Sibiu is the central square of Sibiu, existing since 1366, with the completion of the third fortification belt of the city. Here is the historical center of Sibiu, first mentioned in 1411 as a grain market.

For hundreds of years, it has been called Der Grosse Ring or Grosser Platz, in the interwar period was called King Ferdinand Square, the Communists named the Republic Square, and since 1990 it has returned to its original name.

The market is divided into two distinct parts of Ocnei Street that descend below the Bridge of Lies to the lower city. The northern and eastern side of the market follows the outline of the second belt of fortifications, presented in a circular form.

The northern buildings are concave and follow the outline of the first fortification belt, separating the Small Square from Huet Square.

Albert Huet Square can be considered the heart of the old fortress, being formed on the first fortification of Sibiu, dating back to the end of the 12th century. The buildings rose to the place of the former walls when the fortification lost its practical role with the complete upgrading of the Upper Town.

Here is also the statue of Bishop Georg Daniel Teutsch, carved in bronze in 1899 by Adolf von Donndorf.

Brukenthal Palace in Sibiu is a palace built between 1778-1788 in the city of Sibiu by Baron Samuel von Brukenthal, governor of the Grand Principality of Transylvania.

The palace is located in the western part of the Great Market, with the Great Square address no. 4.

The Jesuits Church in Sibiu

On the same list is included the Roman Catholic parish house, located in the former Jesuit seminary, which includes fragments of the Halls of Cojoca

Tower of the Council of Sibiu

The Tower of the Council of Sibiu is a tower in Sibiu, under which is a gang of passage between the Great Square and the Small Square.

It was built in the 13th century, on its ground floor is the entrance gate to the city’s second belt fortification. Over time, he suffered more rebuilding, which altered his original form. The tower of the Council is located in Small Square no. 1.

The Evangelical Cathedral in Sibiu

The Evangelical Cathedral in Sibiu is one of the oldest and most impressive Gothic buildings in Transylvania. It is the cathedral of the Evangelical Church and the parochial church of the community in Sibiu, parodying the largest community of Lutheran believers in Romania.

The Bridge of Lies in Sibiu

The Bridge of Lies or the Lying Bridge is a metal bridge in the city of Sibiu, built in 1859 above the street of Ocnei, linking the Lower Town with the Upper Town. It is a pedestrian walkway that connects the Little Square with Huet Square. It is the oldest cast-iron bridge in service on the current territory of Romania.

Finally, you must visit Sibiu because it has a big and gorgeous story to tell!