Brasov – a city full of history 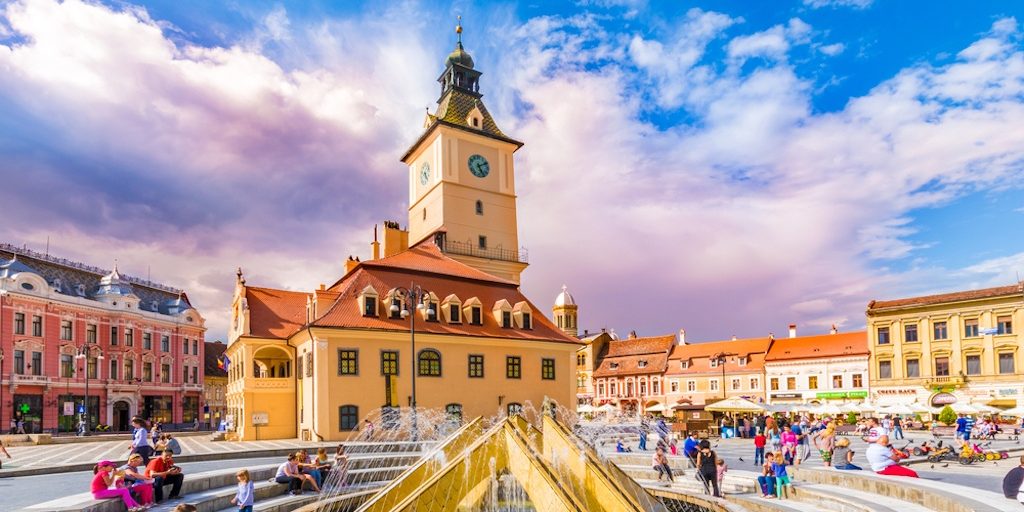 A town with a special position and an old history, Brasov, called “The Town Under Tampa”, has a feel of stories, with its colorful houses, turrets and roofed rooftops of tile. Old and picturesque Brasov can be found “on foot” taking it on its cobbled streets, most of its attractions being concentrated in the historic center.

The Black Church, one of the symbols of Brasov, is the parish church of the Evangelical Church in Romania. The present name was received after, in 1689, the fire that swept across the city transformed it into a ruin.

Initially, she had been the patron saint of St. Mary. After the Reformation it was known as the “Great Church,” but the popular post-fire name “Black Church” was officially accepted in the nineteenth century.

The Black Church is the largest sacral structure in Romania, the largest church-hall at the East of Vienna and one of the largest medieval worship centers from St. Stephen’s Cathedral in Vienna to Hagia Sophia in Constantinople.

The Buchholz pipe organ, built during the early Romantic era, is the largest mechanical pipe organ in Romania. Its sound attracts every year organists both from the country and from abroad, who want to concert here. At the time of its construction, it was one of the biggest pipe organs in Europe.

For many of those who arrive in Brasov, the adventure starts from the Council Square ( “Piata Sfatului” ). This tourist destination was in the past the place where trade fairs were held with merchants from all the nearby regions.

Throughout the centuries the appearance of this place has changed and the surrounding buildings have found various uses.

Among other things, these places witnessed the judgments of the witches that were happening all the time in the sight of everyone, the decapitation of Stefan Stener, the head of the shoemaker guild who opposed the arrival of Austrians in the city, and many others that historians do not remember today.

House Hirscher, also known as the House of Merchants, was completed in 1545, is the largest construction in town at that time. Considered a strong shopping center, 8,000 florins were paid for building it. The amount was provided by Apollonia Hirscher.

Fires also affected this valuable building, but fortunately, it was completely restored in 1960.

Numerous legends are circulating around this imposing building, among the most interesting being that the daughter of the widow Apollonia Hirscher suffered from seeming death, being buried with valuable jewels on it.

At night, the thieves rob her and want to cut the girl’s finger out of her ring. To the surprise of everyone, the girl wakes up again, in memory of the incident, her mother builds her home.

The house is built in the style of Western halls, with many vaulted rooms and cellars, especially for the goods brought to the weekly fairs.

A representation of the thriving economic life, the building has been preserved to this day, but since 2004, the house has become a bistro.

At House Hirscher, quality is undeniable in terms of menu design and execution, wine selection and even the musical environment!

Hirscher’s experience is a cosmopolitan ambiance where everything breathes elegance, discretion, a unique place where noble values ​​of the past are preserved, but they are skillfully blended with modern elements.Each city or tourist destination has at least one representative, symbolic tourist destination, which you should not miss when you get to the area if you want to count among the tourists who do everything like the book. So do not miss the three tourist destination that I mentioned above.